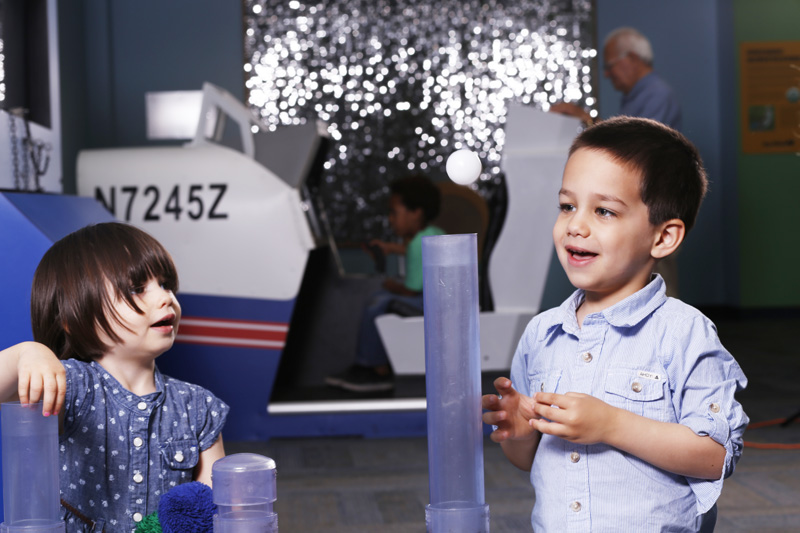 The sky's the limit!

Air & Flight teaches in a visual and interactive way the four basic principles of flight: gravity, lift, thrust and drag. It demonstrates important properties of air pressure, flight and aerodynamics while promoting the principles of scientific inquiry. This multi-faceted gallery features many exciting exhibits!

Experience the power and force of moving air with the Air Cannon. By striking the surface of the air cannon, visitors can see the effects of a blast of air on various objects.

There is lots of fun and lots of learning with our ever-popular Air Tubes. Float balls in the air and learn about the Bernoulli effect. Manipulate airflow and watch the effects on a mini Hot Air Balloon as it rises and descends two stories.

Experiment with air in A-Mazing Airways - a 12 ft. by 8 ft. vertical maze of clear tubes. Use gates to change the direction of balls and scarves that move through the tubes.